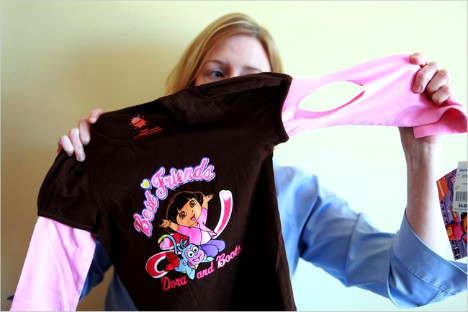 It really is quite a dilemma, the question of brand and style management and environmental stewardship has been at the forefront of controversy since the H&M and Walmart clothing destruction and disposal incident. This conjures up a similar dumpster diving topic of food disposal by grocery stores and restaurants, food safety concerns can pose some justification while the destruction of clothes can be more difficult to explain.

Given that people are dying of exposure around the world and there really doesn’t seem to be any cause to destroy perfectly good clothes, there are two issues one must consider- Brand management and the fragile economy of clothing manufacturing. In some ways they can be interconnected although one is detrimental to a company, the other can doom an industry.

Brand management to some is not an excuse, but in our society it is a necessity. Much like the regulation of food production to maintain pricing, people starve as a consequence, however, it is needed to maintain the industry. If a brand is de-valued, it can bring about the death of the company. If you had just purchased a new jacket at a store for $100, and then started to see that same jacket being worn by homeless, showing up in large quantities at second hand stores and charities, it would probably disappoint you or make you feel like you got ripped off (you paid decent money for something that others are getting at a heavy discount or even free). Not only does it sabotage the ‘style’ (style inherently involves an exclusivity factor or comparison with ‘stylish’ people), but it de-values the item knowing that you over-paid for it. This will cause a collapse in the brand as no one will want to pay that much for their items if they can get it cheaper elsewhere, or know that ‘societal unsavory individuals’ will be wearing them at the same time.

The other, and probably least recognized issue is the affect on the clothing industry as a whole. This has been a particular problem in very poor regions of Africa and South America. The infiltration of charities giving away free clothes has destroyed any hope of a local industry and sadly closed down the manufacture of traditional style clothes. In areas of true extreme poverty, where the chance of death from exposure is a real risk, these practices have indeed saved lives. It is the collateral damage from an over-abundance of these items which has spread throughout these areas that wreak havoc on the local clothing industry.

I don’t like it as much as the next person, unfortunately it seems to be inherent to our social structure. Socialism and communism were born out of a need to solve this issue, yet we still find ways to muck it up through greed and corruption in just about every social structure. There are however, other ways to address this waste.

While the companies involved have all promised that it won’t happen again, the situation still needs to be addressed. I have a feeling it will just go on under-the-radar from now on. One solution to this problem is to hold the clothes and release them to charities several years later, either under a different brand or with tags removed, once the ‘style’ has passed. Altering the appearance of the clothes (dying them to alter their appearance or relation to the original state. Anything which will de-value the item and mask it from being associated with the original item or brand. This would serve to remove all ‘stylish’ aspects of the garment and make it only desirable to those who are truly suffering from exposure.

Recycling the garments into insulation, bedding, or some other commodity where it can be re-used in another form would address the waste issue. While it is kind of sad that it has come to this, the solutions lie right around the corner. What’s your take? Start the discussion by commenting below.