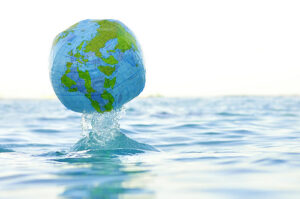 Last week I quite literally found myself in the middle of one of my favorite arguments, climate change.

Let me set the stage for you. We were at a public talk on astronomy; the lecture was going well, proving to be both informative and engaging, when the speaker threw out a passing comment questioning the legitimacy of climate change. At first the audience was a bit surprised at the seemingly off topic tangent, then one after another a number started questioning the logic behind the speaker’s claim. The conversation got pretty intense, and I have to admit, I was thrilled to listen to all the arguments defending the existence of climate change.

The speaker’s point seemed to be, at first, that while climate change was undeniably occurring it had yet to be fully proven that humanity was the cause. This assumption is something that is, frustratingly, encouraged by the media’s portrayal of climate change. In an attempt to create suspense and the dramatic conflict often needed to retain audience attention, journalists will present both sides of an argument as equally valid, even if – as in the case of climate change – one has far more scientific data supporting its claims. This can easily lead to confusion, especially for people without a background in the hard sciences, data analysis, or those who have not taken the time to look at the science available.

The addition of the political aspect doesn’t help matters. Climate change has become undeniably political, and as such public opinion has become strikingly polarized. Those who identify with a particular party often will align their opinions with those of their party, without doing the research themselves. Others shy away from the issue completely out of wariness of the political aspect.

For some of the most solid scientific data available on climate change, read up on the IPCC (Intergovernmental Panel on Climate Change) reports here.

For a great article on arguing with climate change skeptics, check out Grist’s article here. And apparently, there’s an app for that too.

But back to the argument, while standing his ground, eventually, the speaker changed tactics. His next argument was that whether or not humans were the cause of climate change didn’t really matter in the grand scheme of things, as it was obviously too late to act. Now I’ve heard the “we’re doomed anyway, why bother” argument before, but mostly from freshman first striking out into the study of environmental issues. I will freely admit, it is a reasonable response. When you think of the scope of environmental problems we, as a society and as a species, are faced with today, the initial response is despair. But as you dig deeper into the issues, and the responses, all the stories and work that has been done in the name of environmental awareness, this feeling of hopelessness ebbs away and you are left with a desire to act, to change your self and your way of life. That, in essence, is what green living and the environmental movement is about. As Colleen Patrick-Goudreau put it, “Don’t do nothing because you can’t do everything. Do something. Anything.”

Because fear of failure is never a legitimate excuse to not bother trying.