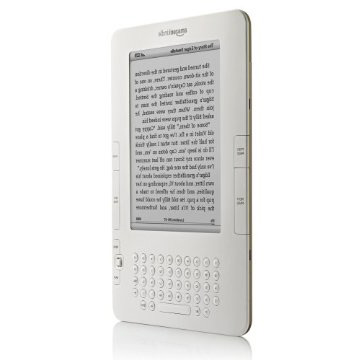 So the question on every green minded book fanatic, is the Amazon Kindle green? In short, yes, if you use it enough. The estimation, provided by the journal of Environmental Science and Technology, is that you can save approximately one tree per year if you replace your daily newspaper with the e-version.

That accounts for a  700 pound reduction in paper use just from the daily newspaper, add in another one or two pounds for each book and you are looking at quite a big tree.

Lets not forget that trees aren’t the only thing you are saving. Think of the energy expended in the manufacturing, production, transportation of paper goods, printing, chemicals and fossil fuels used in that process. A similar study by the same journal found that 67 times more water is consumed and 140 times more of the green house gas Carbon Dioxide (CO2) is emitted by printed newspaper over the electronic version. Books use even more water (up to 78 times more) than e-books.

While the end benefit of a book is that it lasts a very long time with care, is quite sustainable and is completely biodegradable, the Kindle isn’t all bad. With additional batteries available for individual purchase (just in case your battery dies, you can replace it instead of discarding the whole unit), and end of life recycling provided by Amazon, it doesn’t have to stick around in a landfill and pollute.

Overall, if you subscribe to a daily print paper and read several books a year, the Kindle is something you should definitely consider if you care about your carbon footprint.