We all are trying to eat healthier these days, avoiding chemicals, hormones, and processed foods as much as possible, but what happens when the so called ‘health foods’ can also pose problems? While organic is really the way to go for most food options, there are a few you should probably just stay away from altogether. 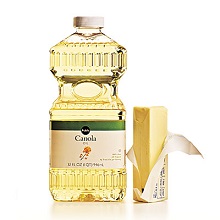 Margarine and vegetable oils
Full of trans-fats and susceptible to heat, these products have been known to contribute to heart disease, infertility, hormonal imbalance, and cancer. This is due to free radicals and oxidized cholesterol produced from over heating the oil either during the production of margarine, or during the cooking of foods.

Good alternatives – If organic butter isn’t your thing, find a cold-pressed oil alternative such as olive oil or if cooking with it, coconut oil is the best. Canola, Corn, Soy and Palm oils are not good alternatives as they are quite environmentally damaging and degrade with heat. 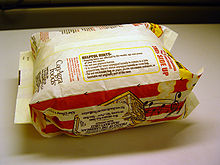 There was a lot of attention paid to workers in plants producing microwave popcorn awhile back developing “popcorn lung” or bronchiolitis obliterans, however, that was from the inhalation of diacetyl fumes, and not the reason you should avoid it (unless you make a habit of inhaling the buttery steam).

Coated with Perfluoroalkyls, perfluorooctane sulfonate (PFOS) and perfluorooctanoic acid (PFOA), keep the popcorn bags from becoming a big greasy mess. No surprise, they can end up leaching into the popcorn, straight into your bloodstream. Safe to say, it doesn’t do good things in there, messing with your endocrine system, immune system, cholesterol levels, sex hormones, and most likely causes cancer. It is listed as a likely carcinogen by the EPA and implicated for it’s negative health consequences in many studies.

Good alternatives – Good old fashioned air-popped popcorn. I’m also a fan of kettle-popped corn using a bit of coconut oil over the stove. Both are quick and easy requiring only a bit more prep and cleanup time.

Long a darling of the health movement, there has been an explosion of healthy and unhealthy uses for this star-struck legume. Almost all US grown soy is genetically engineered (GMO) to resist large treatments of pesticides, specifically Monsanto’s Roundup. Not only that, throughout Central and South America, rainforests are being burned to plant huge mono-cultures of soybeans to fuel this growing demand. Besides the environmental impact, there are also health concerns over soy products.

The negative effects of soy stem mostly from unfermented soy products such as soy protein isolate, hydrolyzed soy and soy lecithin found in processed foods; and soymilk, tofu, and soy infant formula. This is due to the phytates, saponins, trypsin inhibitors, soyatoxin, phytoestrogens and goitrogens present in unfermented soy.