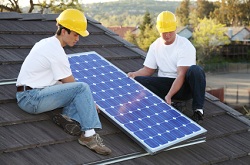 Ask many people why they haven’t currently got solar panels and they’ll tell you that they’re waiting
for solar to become “affordable”, but without ever having researched it. Particularly over the last
12 months, the price of solar has come crashing down, and with many government incentives at
particularly high levels, now is a great time to think seriously about the investment.

Across the Pond, in the UK, it has just been announced that subsidies will have to be cut following
a 30% drop in the price of installed solar panels from April 2010 to December 2011. This change is
due to increasing competition in the number of solar installation companies, as well as increasing
competition among the manufacturers themselves.

The USA has a federal grant available of 30% of the installation costs. There are also extensive local
subsidies available. The hottest states for earning money with solar, at the moment, are California, New
Jersey and Pennsylvania, although it is worth a look at the Database of State Incentives for Renewables and Efficiency to help find out what’s available where you live. Generally, solar panels should pay themselves off in about 10 years. 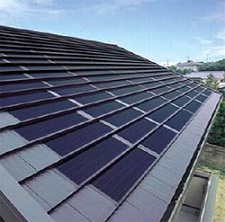 Solar panels can either generate hot water (thermal) or electricity (photovoltaic or PV). Efficiency-
wise, hot water generation usually is better – using sunlight to generate electricity rather than hot water
inherently has fewer energy losses, although the government schemes for electricity panels tend to be
better. Photovoltaic panels are also easier to install and less fragile.

People sometimes worry that their property won’t be able to support solar panels, or that the installation
will be a long and dramatic process with their property being pulled to bits and put back together. We
recently surveyed 300 solar companies and found that the average installation time was 1-2 days for PV
panels. Thermal panels can take longer – 4 or 5 days is the norm. The minimum space requirement that
you need is an unshaded area on your roof is about the size required to park a very small car. They even produce solar tiles to match the Spanish or Mission-style homes of California and Italian villas with the curved surface tiles.

So what is the downside? Firstly, it’s important to research the brand of panels used, and particularly
the inverter (which converts the DC current that the panels generate into the AC current which your
household appliances need). This is an expensive component, and will last much longer if it’s a good
quality one. The most high-tech solar panels now use a system of micro-inverters which allows the
panels to perform better if some of them are partially shaded at times, although this is a less-than-ideal
situation.

There are plenty of other urban myths – solar panels still produce plenty of electricity even in
colder areas; they’re actually most efficient in cold but sunny conditions. Solar power can also be
generated when it’s cloudy. The technology within the panels has really improved and this makes them
increasingly versatile across different weather conditions.

Overall, it is worth taking the time to research solar panels – they can offer a return of 8% or more
depending on where you live. Any reputable company in your area will quickly be able to tell you
the financial returns you could expect, and the length of time it’d take the system to pay itself off.
Certainly, solar panels are not a small investment – you will need to be able to finance them, but this
really is the only hurdle for the vast majority of people.

Our guest post was written by James Hawkins, a renewable energy blogger from a UK solar panels and boilers comparison company.