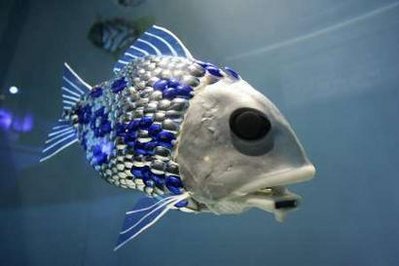 In an interesting fusion of technology and nature-mimicry design, British scientists have come up with a free-swimming robot to track pollution levels in oceans, lakes and seas.

Set to be released off the coast of northern Spain, these 5 foot machines will sniff out pollution, pipeline and shipping leaks using sensors mounted throughout the fish. The data will be transmitted wirelessly via WiFi. 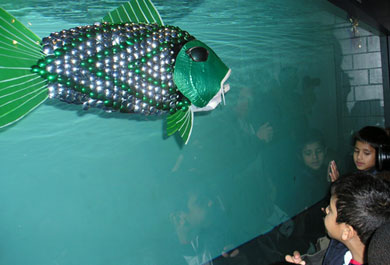 Developed by scientists at the engineering company BMT Group in conjunction with researchers at Essex University, the design is based on the efficient swimming patterns of fish rather than the traditional submarine model.

Costing nearly $30,000 each – these seal sized swimming robots seem like a bargain when compared to pollution data collection through other means.

I just can’t help to wonder what would happen if somebody actually caught this robot while fishing, or better yet, caught a fish that had eaten the robot fish. Obviously it would have to be snagged or taken up in a net, but wouldn’t that be a great story!