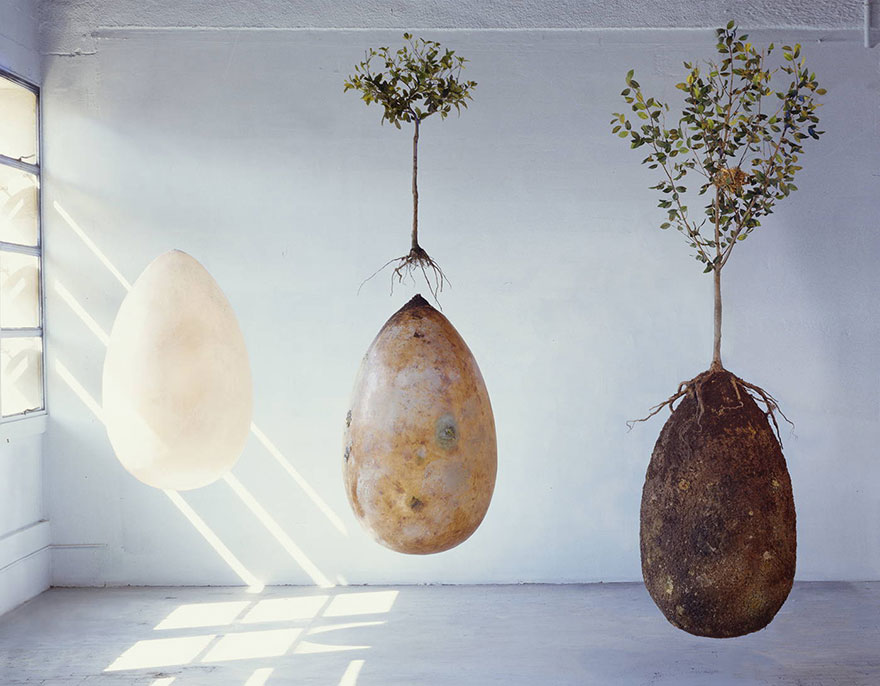 A while back I wrote about eco-burials, and it appears that the conversation has been building. Most recently I’ve seen posts from artists coming up with new ideas like the Tree Capsule, the Bios Urn and the Mushroom Burial Suit (below)

Many of these concepts have been developed in areas that still prohibit the natural burial of any body. By law, most states in the US, and many countries around the world require embalming or cremation of the body prior to burial. That means for a lot of places, by law the ‘greenest’ option is cremation, however, that presents its own problem. In addition to the sheer amount of energy needed to cremate a body (28 gallons of fuel for a modern US facility, although many use in excess of 100 gallons per body), there is also the vaporization of toxins from the body itself.

If you’re cremated, all those toxins are released into the atmosphere…this includes 5,000 pounds of mercury from our dental fillings alone every year.

Mercury is a very harmful metal that causes all kinds of problems during child development and can be found in the air, soil, and ultimately in the food we eat. To help quantify that figure, cremation is responsible for 16% of all the mercury pollution in the UK, with the largest source coming from coal fired power plants. Estimates for the US are much smaller, although they are also not regulated or monitored by the EPA.

Hopefully, we can move closer to a natural burial where the unaltered human body can benefit nature rather than poisoning it. Quickly gaining favor in places that allow them legally, are natural Woodland Burials. The best source for information for natural burials in the US is through the Green Burial Council, or the Association for Natural Burial Grounds in the UK.

A human body will take approximately 8-12 years to decompose when buried in soil without any treatment or embalming. For comparison, you can see how long other familiar items take in the post: How long things take to biodegrade.