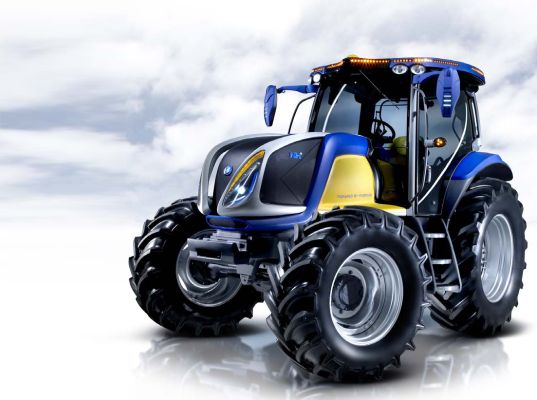 New Holland just released a prototype version of the NH2, a Hydrogen powered fuel cell tractor which is 100% emission free (at least once the energy is in the fuel cell that is). Based on their T6000 line, this tractor produces 106 horsepower from an electric motor running approximately 1.5 to 2 hours on a single hydrogen tank. While that doesn’t sound too impressive, it is still a prototype and the technology is still improving at a rapid pace.

This spells good news for greening the often overlooked commercial farming and construction industry. Heavy movers, construction equipment, generators and tractors are attributed with a great deal of pollution in the world, and you rarely hear about green environmental advances in these areas. They plan a release of the NH2 in 3 years, hopefully with even better specs.