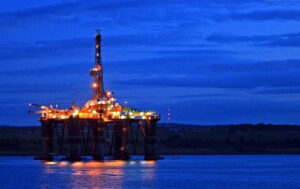 So I’ve been trying to figure out Obama’s decision to allow the end of the longstanding ban on oil exploration off the coasts of the US. In particular along the East Coast, from norther Delaware to central Florida, as well as the Gulf of Mexico and the northern coast of Alaska. Frankly it seemed to be a plain and blatant attempt to please oil companies and domestic drilling advocates (“drill baby drill” is disturbingly catchy as catchphrases go). I only hoped there was more to it than first met the eye.

But maybe we in the environmental community shouldn’t really be so surprised. In this New York Times article, it’s reiterated that ‘Mr. Obama said several times during his presidential campaign that he supported expanded offshore drilling. He noted in his state of the union address in January that weaning the country from imported oil would require “tough decisions about opening new offshore areas for oil and gas development.'”

I think we heard it, but didn’t really listen. Or didn’t believe he meant it, thought he was merely trying to win the affection or at least recognize the views of the conservative crowd, but would eventually throw a smile and a wink to reassure those of us in the environmental arena. And so we were taken aback when he went through with the plan proposing the opening, in many cases for the first time, of these large expanses of water along American coastlines to the exploration and drilling of oil and natural gas.

While yes, offshore drilling can be extremely harmful for an already hard-hit ecosystem, it’s important to recognize that this proposal is a compromise, a very necessary element of a healthy democracy. President Obama is a skilled politician, a fact undeniably proven by his election in 2008. As president, he’s required to pull all the different strings of various party views, loyalties, opinions and egos and shape them into a functional tapestry of American politics. 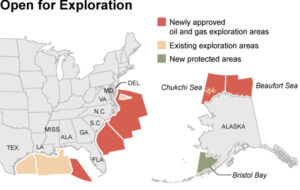 According to a poll done by the Economist in early April, right after Obama went public with his plan for offshore drilling, the decision is most popular among white, male, Republicans, age 65 and older, essentially the demographic of the US Senate.

This could very well be an attempt to “be reasonable” and “play nice” with the aim of gaining the much needed senate and congressional support for any and all upcoming climate discussions. But that’s all politics. Those likely to benefit directly from this move are the oil companies. We can only hope that this will help to influence bigger climate change negotiations. Not to be pessimistic, but I do have my reservations.