The advent of the the personal solar panel probably started with those solar powered calculators way back when. I remember I used to rip those little sun suckers out of as many calculators as I could get a hold of and try and make something cool… it never worked out.

But nowadays, solar powered accessories are all the rage. You find them on public trashcans, parking meters, boats, even stadiums. Here are just a sampling of some of the things we have slapped solar panels on and called them better.

Solar Sunglasses
Why hasn’t this been thought of sooner? It just makes so much sense, sunglasses = sun = solar energy, right? Something tells me you would have to be ON the sun (or at least looking directly at the sun) to even squeeze a watt out of those sexy little guys. I’d still rock them just for the green fashion prestige. 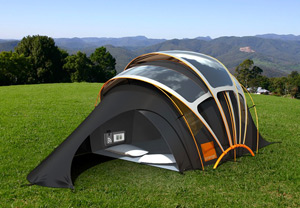 Solar Tent
Now that is just one cool looking tent. Makes me think of a big orange solar paneled armadillo. Not very practical for hiking, but with the remote finder that actually lights up the tent and other ‘gadgety’ accessories, it would make for a great concert tent. 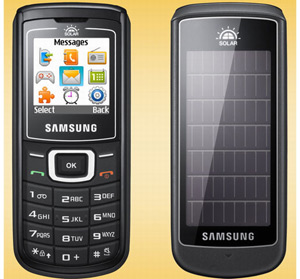 Solar Cell Phone
Samsungs new solar powered cell phone, looks cool, and should be cool, however, I am still perplexed by this one. It seems only logical, until you actually think about it. Don’t you usually want to keep your electronics OUT of the sun? How often do you have your phone chillin’ in the sun anyways? I’m all for it, except that it would be totally useless for me. I would rather have the Ulysse Nardin Chairman Kinetic Cellphone, but I digress.

Solar Speakerphone
Things that make you go: uhhhh, Okaaayy? I didn’t even know there was a market for this, but apparently they are quite the hot item. The Bluetooth Solar Speaker Phone is just that, a speakerphone that is solar powered. I guess it would be pretty useful in the car- just stick it on the dash and you’re good for a hands-free device. 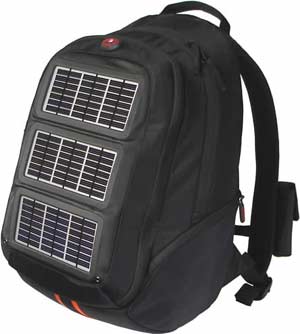 Solar Backpack
The classic among this list, I added it just for familiarity. If you haven’t seen Voltaic’s Solar Panel Backpack yet, then you have been asleep for the ‘personal solar panel revolution’. Solar panels fitted to a backpack that house your electronics while you are on the move. It’s a pretty obvious use of harnessing the suns rays to do your bidding.

Solar Vest
For those who value function before fashion, I have a very practical vest for you. It’s much like the solar backpack, but without hassle of carrying a backpack. Just in case people are fooled into thinking you are wearing the newest cutting edge clothing designer, it says “Solar Vest” across your back in big bold letters to alert would-be admirers to the fact that indeed you are a gadget-freak. 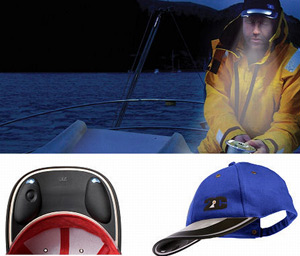 Solar Hat
It’s probably not what you would expect. The most popular (and probably most intuitive) solar hats consist of a solar chip driving a small fan on your forehead. Very useful, but not very fashionable. The solar light cap on the other hand helps you at night instead. This version is actually pretty cool looking, and from the looks of it, very useful too! Hey, it even won a best design award at the NZ TechnoFashion Awards show- watch out Versace!