I am sure many people are uttering these exact words right now when seeing images and news of the Deepwater Horizon BP oil spill in the Gulf. It is really sad, but unless you live along the affected coast or are a fisherman, it can be hard to connect with the devastation and see it for the disaster it really is.

It may be helpful to look at a similar disaster to see the likely effects, the Exxon Valdez oil spill. That oil spill killed as many as half a million birds, including more than 150 bald eagles and approximately 4,500 sea otters. While it may be something you may have not even thought twice about, it is still impacting us to this day, in ways you may not have imagined.

Even though the Exxon Valdez spill was in 1989, it is still killing wildlife today, 21 years later. Everything from Salmon to Pacific herring and pigeon guillemots — are not recovering. Populations of clams and mussels are still affected by the lingering oil, as are sea otters and birds such as harlequin ducks and black oystercatchers. Digging down only 4 to 10 inches, you will find pockets of oil still left over from the 1989 spill.

What may be even more scary is that we haven’t really had a spill like this to compare to, and the unprecedented use of a toxic chemical dispersant only adds to the unknown. 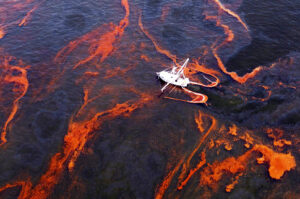 Given the location and the extent of this spill, we may be in much bigger trouble. The Exxon Valdez spill was large, but was largely contained and somewhat isolated when compared to the far reaching and ranging Gulf oil spill. Converging oceanic currents in the area can carry the oil hundreds, even thousands of miles from the spill site and the upcoming hurricane season could spread and disperse it even more rather than floating in a large slick.

Fishing impacts –Bluefin Tuna, a hot button species as of late due to its near-extinction levels, is estimated to have been reduced by 20% due to the spill impacting spawning. Several other species may see catastrophic drops to the local populations. Among other life, deepwater corals near the spill site are in great danger and expected to be greatly impacted by both the oil and the chemical dispersant.

Perhaps the most worrisome impact is to the coastal estuaries and marshes. These habitats are vital ecosystems, yet are very fragile. They act as a barrier and buffer storms and hurricanes from destroying coastlines and prevent erosion. They also act as a huge filter, removing many contaminants from urban runoff and farms from polluting the ocean. The third is they are nurseries for about 70% of the Gulf fisheries including shrimp and baitfish like the Gulf menhaden. Not only do we depend on these fisheries, but migrating birds depend on these nutrient rich feeding grounds to complete their migration to mate.

The social impact – Why it impacts you too:

Higher fish prices for years to come impacting several species directly and many more indirectly. Fish oil and products made with fish meal (feed for other fish, pets, livestock and more) will increase in price. Products you may not expect like pet food and eggs may increase in price due to the reduction in fish meal.

The economic repercussions can take many forms from a rise in the price of oil, fish, tourism and job losses, stock market fluctuations, cleanup costs and taxes. The price of oil, even though it has little bearing on the supply of oil, may jump in price. This is because the market for oil is driven primarily by emotion, OPEC and traders, not by the actual supply of oil. Although offshore drilling in the US accounts for 27% of domestically produced oil, in 2008 we only produced 10% of the worlds oil– that’s less than 3% of world oil supply if we completely cut out offshore drilling. 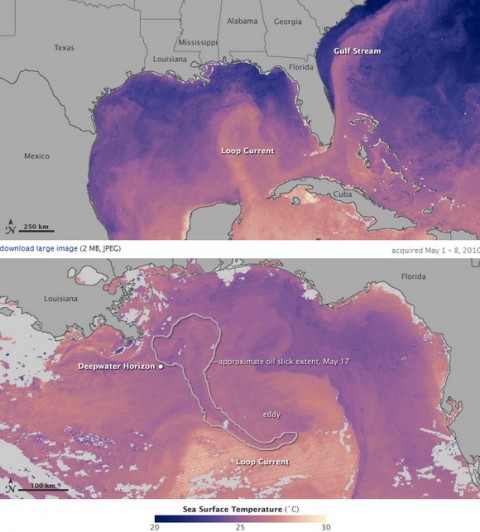 Higher runoff pollution rates (due to destruction of wetlands & estuaries), contaminated fish and wildlife will persist for years to come and will most likely spread in some form to affect your area as well. The earths ecosystem is an interconnected web, so a devastating event can cause a cascading effect through predator/prey relationships from the tiniest insect to the largest mammal.

Perhaps what may be the most noticeable economical impact is that to the restaurant, fishing & tourism devastation, impacting jobs and communities in the surrounding areas. It may be similar to what happened to Detroit when the US automakers exported their factories, but depends largely on the availability of other adaptable industries in the area. The people who now have to change their way of life because of this spill will be the most impacted.

How you can help: