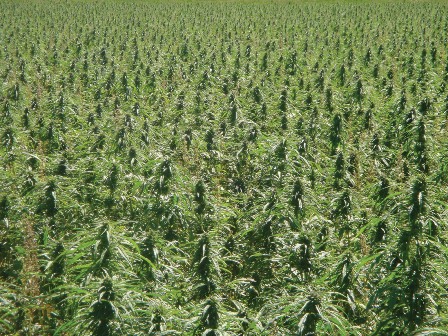 Hemp (Cannabis sativa) has long been associated with the marijuana plant due to its relation and resemblance, however, hemp does not produce the same THC drug as its relative. Still illegal to grow throughout much of the US, this wonder plant suffers by association.

Long despised by the cotton industry due to many advantages of hemp over cotton, some small grassroots organizations have mobilized for its legalization although most are linked to the legalization of marijuana as well.

The United States has a past filled with Hemp, it was in fact grown by George Washington himself. Thomas Jefferson even developed a better harvesting technique specific to hemp, and it can be seen on the back of our early $10 bills. It was effectively smothered by the production of synthetic fibers and the Marihuana Tax Act of 1937 (ruled unconstitutional and repealed in 1969), then finally put to rest in 1970 under the Controlled Substances Act.

Hemp is quite the green material, not only is it stronger and cheaper to grow than cotton, it also needs no pesticide and matures very quickly. In fact once acre of hemp produces twice as much fiber than one acre of cotton, and four times as much as trees. The uses for hemp are endless, but here are the top 7:

Top 7 Advantages of Hemp over Cotton:

Smaller Environmental Impact
Cotton needs twice as much land and 50% more water to grow, using 4x as much water after processing (2005 SEI study). Given its ‘weed’ status, hemp is also naturally disease and pest resistant, needing significantly less fertilizer and pesticide to grow and actually improves soil health through phytoremdiation.

Clothing and Textiles
Producing a feel and drape similar to linen, hemp can be blended or used exclusively to make a durable, well wearing cloth in a variety of natural colors. It has been used as a canvas material for years, and works great for shoes and other abrasion resistant applications. 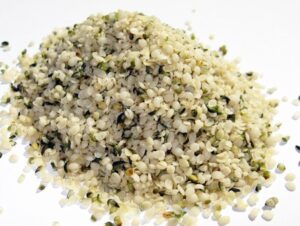 Hemp seeds are a source of high-quality protein and can be use to produce hemp milk, hemp seed oil, or eaten raw. The hemp seed is a ‘complete’ protein and contains all nutritionally significant amino acids, including the 9 essential ones needed by the human body.

Rope/packaging
The long strands of fiber produced from the hemp plant are superior in strength, one of the strongest natural fibers in existence. Until the advent of synthetic fibers, hemp was the workhorse of merchants and sailors alike.

Building Materials
Hempcrete (also known as Canobiote, Canosmose, and Isochanvre) is building material known for being an excellent insulator and moisture regulator.

Hemp has been used in the past for paper and exists in a boutique market to this day, however, processing techniques are antiquated and not as efficient as wood pulping. In time, hemp production could become cheaper and more sustainable than tree pulp, also needing less chemicals and bleach due to its lighter color.

Hemp as a Biofuel
Hempoline can be made from plant as a whole, the oil in the seeds and stalks or plant waste through fermentation. Most likely not the best use of the plant, it is still a viable product due to its high conversion efficiency (hemp oil has been converted to bio-diesel at a 97 percent efficiency).

The good news is that things are changing. Twenty three states (as of May 5th, 2014) have already approved industrial research studies, a step along the way to legalization in the US.

Article Resources:
Huffington Post – Why Hemp, the sustainable wonder crop, is sweeping the nation
Wikipedia ‘Hemp’
Slate – Hemp vs Cotton, which is better for the environment